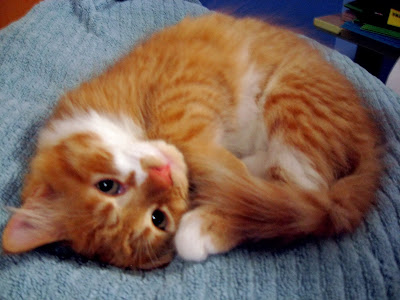 It's hard to believe the kittens are eleven weeks old today. It's funny to see how they alternate between testing their independence and still wanting snuggle time with Mama. 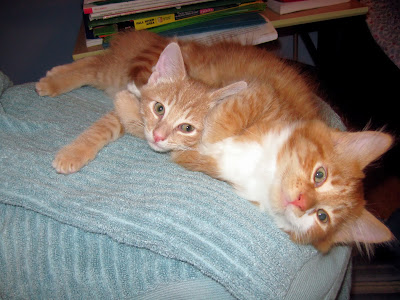 Now that Katniss (AKA Dumbledore) has been adopted, the two remaining boys have gotten closer. We just had to share some adorable shots of their brotherly bonding. 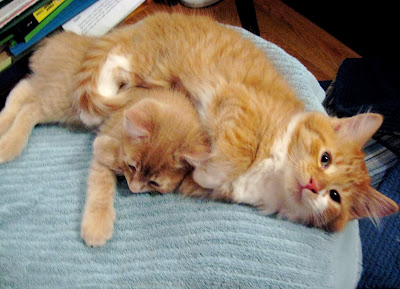 Meanwhile, Gale--whose new name is going to be Leo--had his first meet-and-greet with his soon-to-be adoptive family, both human and cat. Bee, his future cat sibling, did some hissing, but Leo kept his cool. He's definitely an outgoing little guy, and he's already made friends with resident cats  Ian and Duncan (although Molly is still holding out).

As for Peeta, he is not quite as bold, but he's incredibly sweet, the snuggliest of the kittens. If Peeta were in a high school yearbook, he'd be voted "Most likely to be a lap cat." 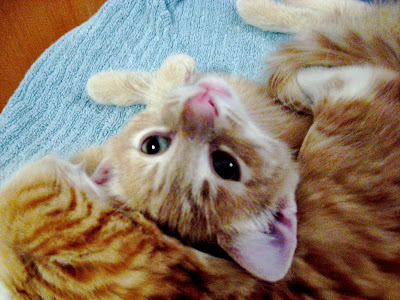