Ember, Shadow, and Moondust had a tough start in life. Their mother Emily--not much more than a kitten herself--was found undernourished and living on the street. The kittens were unusually small at birth. One of the siblings, Dusk, only lived one day. Mama was terrified of any potential threat to her kits and once even managed to get out of her room and attack another foster cat in the house. Was this going to be the little litter that couldn't? 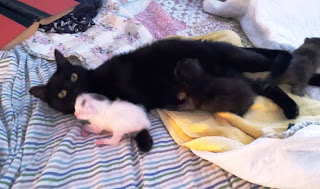 Although they were all under three ounces at birth, Ember, Shadow, and Moondust are now closer to ten ounces. They have opened their eyes and are starting to move around on their own. Mama Emily, though still protective, seems a little more relaxed and is starting to ask for affection on her own. 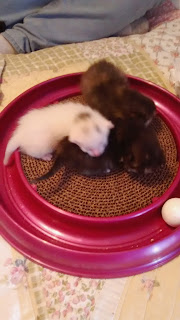 Everyone seems healthy and happy. And did I mention cute? 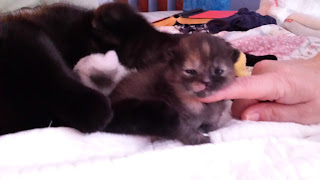 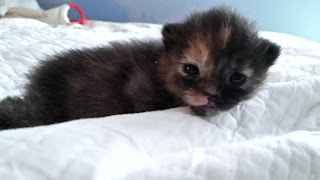